The Cult of WeWork: A Culture Lesson for Every Visionary Unicorn 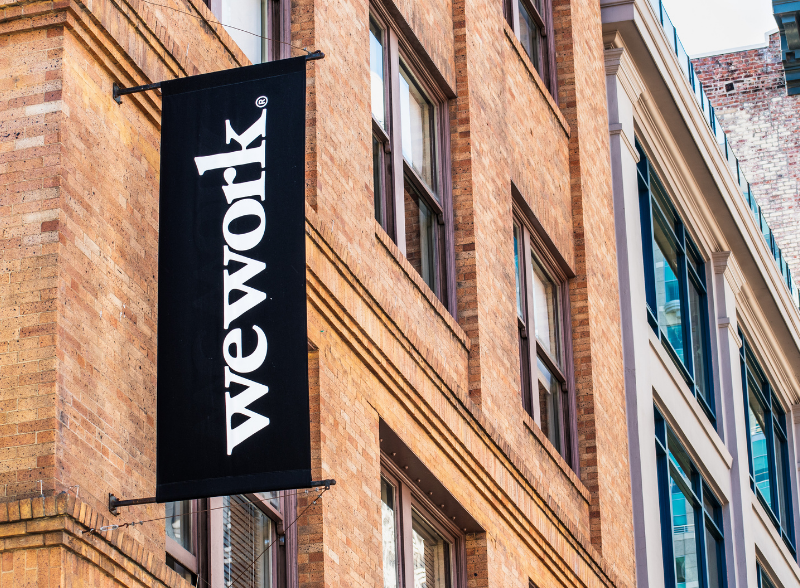 The Cult of WeWork: A Culture Lesson for Every Visionary Unicorn

On April 1st 2021 Hulu released a documentary on WeWork, detailing it’s catastrophic downfall, from a $47 billion valuation to bankruptcy in just six weeks.

The documentary titled WeWork: Or the Making and Breaking of a $47 Billion Unicorn, provides an insight into the fast growth co-working brand which became notorious for its millennial-centric office spaces, motivational mantras and free beer.

Leading the way of WeWork was eccentric co-founder Adam Neuman, who represents the epitome of the American dream. An Israeli immigrant who went from navy soldier to CEO. Or should that be ‘C-We-O’.

The documentary not only details the leadership style of Neuman, but also reveals shocking secrets about the WeWork company culture, including tracking employees at mandatory, alcohol-fuelled company events and an onboarding process that made all new employees shout WeWork until red in the face.

If you haven’t had a chance to watch it yet, I’d highly recommend you add it to your watch list for April, as this is one documentary which presents the perfect storm of a company with vision and purpose but which ultimately became so entrenched in its own vanity it fell apart.

To give you a glimpse of what life was like in the WeWork culture, and the failings that eventually led to its downfall, I’ve revealed the biggest culture pitfalls of a company that started with purpose.

A Short WeWork Back Story

Prior to the launch of WeWork, co-working spaces were dull, lifeless places that followed the traditional corporate design. They were stuffy, clinical spaces that offered very little inspiration for budding entrepreneurs, let alone spaces where people could convene to connect and build community.

The biggest name at the time was Regus, and it wreaked of corporate America. You hired a desk or small office and just did your work.

In 2010 Adam Neuman and Miguel McKelvey founded WeWork, an idea to revolutionise the outdated corporate co-working space, and bring together start-ups and freelancers who could become part of an entrepreneurial community that worked hard and played hard.

The Vision of WeWork

You have to admire Adam Neuman’s vision for what he wanted to create with WeWork and WeSpace.

With both Adam and Miguel being brought up in communes in their childhood, they felt the one thing lacking in society was a sense of community.

The WeWork promise was alluring because in a fast-paced, highly disconnected world, it promised a generation a sense of community and belonging. Plus you couldn’t help not wanting to spend your time in a WeWork. The offices were modern, the open spaces were like hipster coffee shops, and there were endless games and free food.

As Jed Rothstein, director of the WeWork documentary comments, “It has this kind of spiritual aspect to it that appealed to single, early-career Millenials looking for a larger purpose.”

The mission of WeWork was to create environments where people and companies come together to do their best work.

The Culture Defined the Product

WeWork wasn’t the first co-working operator, and certainly won’t be the last. But what truly set it apart from the others who were trying to do the same thing, was the culture.

As many WeWork members claim in the documentary and across social media, there was an energy and culture at WeWork which made you feel that you were part of something, even while being freelance or running a start-up; you felt part of a wider community.

For WeWork, this has to be a win. It’s a lonely life as a start-up or a freelancer, and rather than being stuck in your bedroom, or the garage, you’re sharing a space with like-minded entrepreneurs who are all working towards their purpose. WeWork made co-working a must-have, a space you needed to be if you really wanted to connect with the right people and succeed.

The WeWork mantra of ‘Do what you love’ was everywhere, on the key cards to enter the building, mugs and posters. But rather than just being a feel-good slogan, it was a philosophy that every member of WeWork bought into.

The Biggest Shockers in the WeWork Documentary

It’s not hard for your jaw to drop to the floor when you’re watching the WeWork documentary play out. If you’ve ever watched the Netflix documentary Fyre Festival, it’s safe to say the WeWork culture is like that, but on steroids. The same ego fuelled, wild antics, but brought to life.

The first shock wave in respect to the WeWork culture is the WeLive event which is an employee retreat held annually on a remote island.

While the intention here was purposeful. WeWork teams were there to meet, connect and listen to talks from the founders about the vision of the business. The end event was instead an alcohol-fuelled party which brought claims of a ‘frat-boy’ culture, and sexual abuse, which Neuman kept denying.

To make it worse, WeWork employees had to attend. The documentary revealed that tracking bracelets were given to everyone to make sure they were in attendance.

Micromanagers are the worst in any normal company culture, but give them a title that makes them think they’re deserving of manipulating others and you’ve built a toxic culture that makes your entire team resentful.

In the documentary it was revealed that WeWork had c-level regional managers called – “C-We-Os” – yes, it’s as cringeworthy as it sounds.

But far worse, is the fact that new WeWork employees were expected to know the CWeOs.

As one previous employee described in the documentary CWeOs were introduced in an action-packed short film showing how ‘awesome’ they were. The employee joked that these films were distributed so that everyone could ‘bow down’ to them whenever they were in the office.

Further criticism on these c-level managers was that there were no minorities in the WeWork c-suite.

WeWork’s culture is the perfect example of how a business with a true vision and purpose at its core brings with it great responsibility. Especially when you’re so passionate about bringing that vision alive, and how it will impact those connected with it.

Purpose should be for good, but at WeWork, you can see how a man with a great purpose also used it for manipulation.

WeWork employees believed in the purpose so much they worked for less than the standard rate of pay because they all felt like they were part of something much bigger.

WeWork ultimately preyed on those with a deep desire to harness one’s purpose and live a meaningful life.

In the documentary, Adam Neumans former personal assistant, Megan Mallow reveals how she required therapy to “unwarp” her brain from the WeWork experience.

Of course, it was no hard sell. Adam Neuman was well-known for being a charismatic and persuasive CEO, and compared to the other dull, faceless corporate companies, it’s no wonder people were flocking to be part of the WeWork movement.

Lessons to Learn from WeWork Culture

There is so much we can learn about the power of culture from WeWork’s downfall. It provides us with the perfect example of the power of purpose – but unfortunately at the scale where people were so entrenched in the philosophy of WeWork that they were ultimately manipulated.

Even though WeWork took advantage of people, it showed just what can be achieved when people truly believe in the vision and purpose of the company they are working for. They are willing to do whatever it takes to see the vision come to life – in WeWorks’ case that means going as far to work all hours and get paid very little.

In fact, if Adam Neuman hadn’t been so greed driven, and perhaps been more philanthropic, WeWork may have made a profit and still be a colossal brand that garners respect.

Instead it’s the laughing stock of the world due to its naive valuation and atrocious culture of vanity and alcohol.

Your Culture Impacts Your Customers

One very telling part of the WeWork culture is how it didn’t want to hear a bad word about itself.

In the documentary one of their previous WeWork residents, a tech startup, explains how they used WeWork’s internal database to discover their attrition rate of residents. The tech start-up then published a blog on this data. Of course, WeWork didn’t like this and requested the company to take down the blog. When the tech company refused to take down the blog they were asked to leave their WeWork office within the hour.

What this situation shows is that WeWork were so disillusioned by their own brand and philosophy that they couldn’t take the opportunity to learn why their members were leaving in the first place. It was as if WeWork were being ignorant, and saying, “that’s their problem they didn’t like us, not ours.”

This just doesn’t work in business. You have to take all the feedback, the good, the bad and the ugly to continue to enhance your product or service.

Rather than have a culture of continuous growth, which ironically is something WeWork kept pushing onto their own team, they were under belief that they were untouchable.

You’re Only As Strong As Your Culture

The true sign that WeWork’s culture wasn’t as strong as it kept making it out to be is the fact that when things went wrong; and as things began to go in a downward spiral, the seams started to fall apart.

From projects failing, such as the WeSpace co-living trial, making redundancies and cutting 7% of its workforce, to damaging press coverage about a sexual harassment claim that Adam Neuman’s wife told the press was just an unhappy former employee out for revenge – not such a supporter of the MeToo movement then.

A strong culture means that even when awful things happen your team is ready and willing to go through the rollercoaster with you. But this simply isn’t the case for WeWork.

The Aftermath of WeWork

You might think that the WeWork documentary is just one expose on the company, but in 2021 Eliot Brown and Maureen Farrell will be releasing their book The Cult of We, which goes much deeper into the rise and fall of the brand.

As we continue to pick through the remains of what’s left of WeWork, it provides an insightful look into a unicorn that could have changed the world, and work as we know it.

There will be those who learn the lessons of WeWork, but it’s safe to say we all might be a little more sceptical about anyone proclaiming to change the world.

If there is one thing to take away from WeWork, it’s that culture matters, so much more than it has ever done before. We need community, we need a sense of belonging, and that can be found in our work and those who work with us to achieve a purpose; but it should be done collectively and collaboratively, not by one man who believes he is above everyone else.

We don’t need a hero for our culture, we all just need to start taking part. 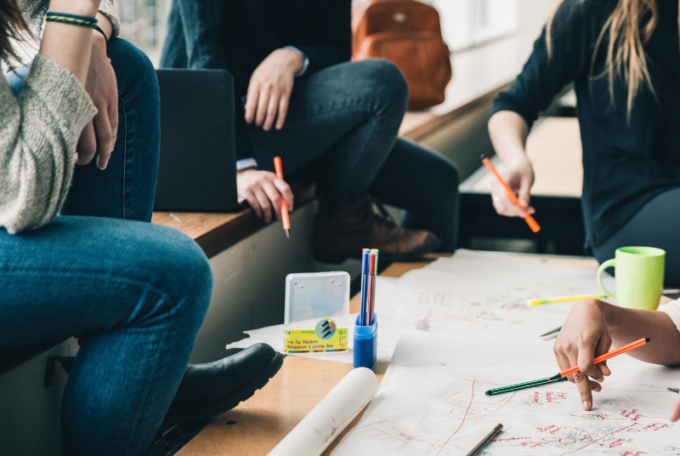 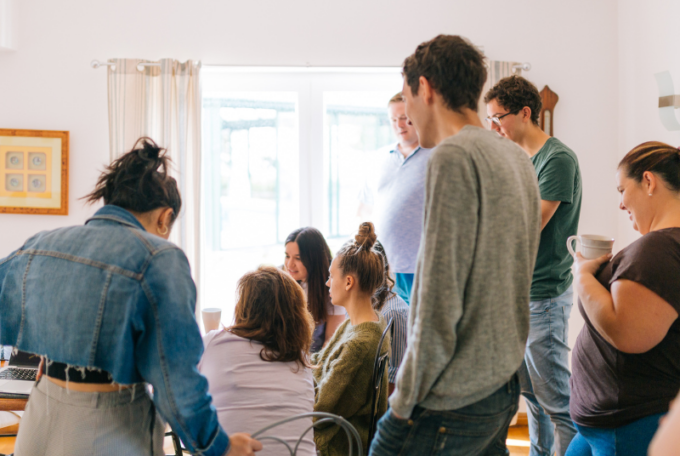 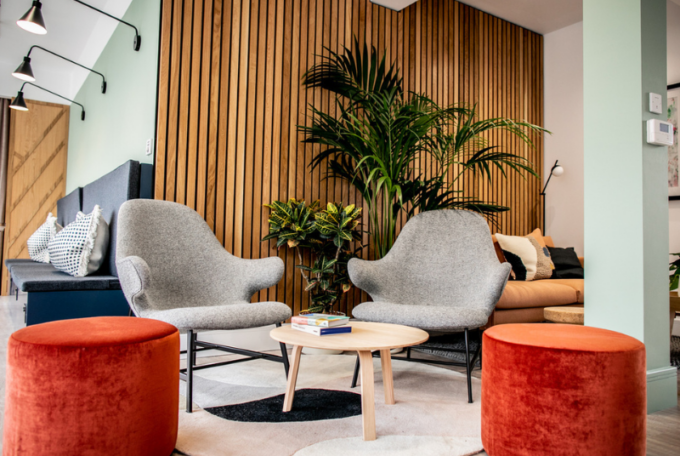 Behind the Scenes of a B Corp with X+Why 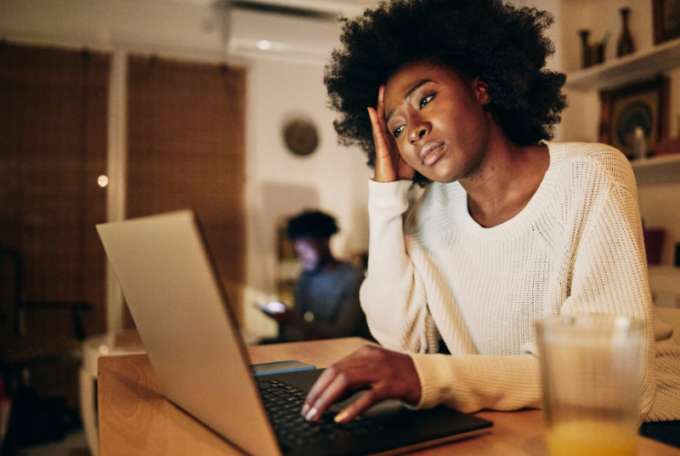 Flexibility Guilt – How to Break the Overwork Conditioning